One of my earliest journalistic lessons is from 1997, when I was working at Newsweek headquarters in New York. The magazine was doing a cover story on extreme old age and it featured an interview with Jeanne Calment, “the oldest person alive”. The magazine was “put to bed” on Thursday to reach the news stands on Tuesday. She died on the Monday, having lived for 122 years and 164 days. Journalists have a dark sense of humour, and we all agreed that we had somehow cursed her.

Ever since, I have been more than usually aware that this kind of thing can happen. I can remember writing about an essay about Queen Elizabeth in early 2013 and worrying because the book in which this would not appear for a whole year. “A lot can happen in the meantime,” I thought, “she’s already 86...” But she is now 92 and seems in good health.

I also worried when I wrote about Dame Vera Lynn, the “last great icon of the wartime generation”, in 2011 for my book Igirisu Shakai Nyumon. She was 93 at the time, so I was thinking she could go at any time and my words could be obsolete all too soon. We also released the book in English a year later and I wondered again... She turned 101 this year.

So it seemed that I had the reverse of the Newsweek curse; when I wrote about someone – however elderly – they were guaranteed a new lease of life.

This seems to have changed somewhat since the release of my book on Oxford, in which I mention numerous Oxford legends. Within weeks, the great physicist Stephen Hawking (former Oxford undergraduate), who had been told he wouldn’t live long over 50 years before but had amazingly survived to reach old age, passed away aged 76. Then, the famous Oxford University athlete Sir Roger Bannister died, aged 86. Of the many heads of state that had studied at Oxford, I happened to name Pedro Pablo Kuczynski... who was since forced to resign as president of Peru. This week, Boris Johnson – mentioned as a prominent “Brexiteer” and former Mayor of London, has just resigned as foreign secretary.

I wonder who is next? Theresa May, Viktor Orban, Aung San Suu Kyi? 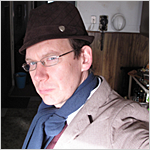